A road trip from Israel’s southernmost town of Eilat to its northernmost village of Metula offered glimpses of birds negotiating natural and human-made hazards. Birds can fly over the security fences that now entirely surround Israel, but on their passage they depend on the ways people use land to get safe roosting and forage.

The Rift Valley, running south to north through Israel and the Palestinian Territories, pulses each spring and autumn with millions of birds migrating between Africa and Europe.

Eilat is Israel’s southernmost town, very close to the Egyptian and Jordanian borders. At the end of March, thousands of Steppe Buzzards roosted on the ground overnight in the hills above the town. As the morning heat gathered, the birds rose upwards in the thermals.

A group of Artists for Nature were working at a viewpoint. The guides pointed out that Black Kites, Ospreys, White Storks, Steppe Eagles were some of the species that were flying alongside the buzzards.

Looking into a patch of blue sky through binoculars, you could see raptors appear in spirals and then disappear in high northward streams. 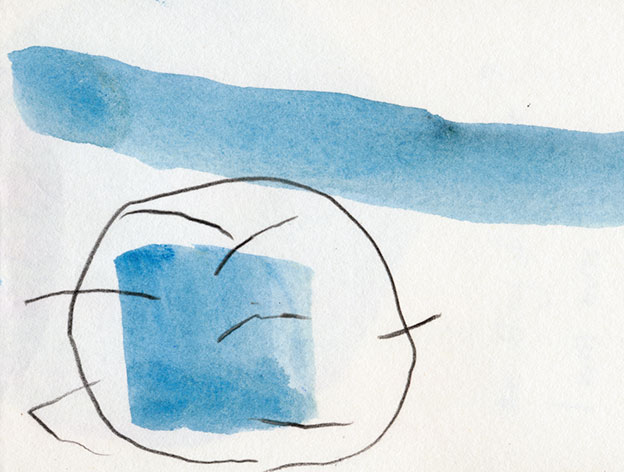 The new Security Fence could also be seen on the Egyptian border, with an observation post on the mountainous skyline.

With just a naked eye in such a sweeping landscape, the effort of the birds to reach the sky could only be seen as minute moving pinpoints.

Below the viewpoint, the expanding desert town of Eilat sits in the small triangle of land between Egypt and Jordan. A string of luxury hotels now greets tourists who can fly in.

Travelling north to the Negev desert, the road passes an airport under construction. The new Ramon airport will allow the largest of airplanes to taxi and turn, and will also release land nearer the town for more hotel development.  A peace-making plan for Israel and Jordan to share an airport was abandoned, so there are two airports next to each other on either side of the border.

Further north an oasis in the Negev provided delightful Organic Dates. I felt the ground shudder: ordnance, I assumed.

Dried-out ground stretches across the valley towards Jordan at the southern edge of the Dead Sea. This is the consequence of water and potash extraction.

To date, the Dead Sea has already lost over 1/3 of its surface area, the sea level has fallen over 25 meters and is continuing to drop by over 1 meter per year, causing land-subsidence sinkholes and other irreversible damages.

The rapidly increasing scale of human activity was underlined by comparing a 60-year old photo of the road along the Dead Sea (shown in Ein Gedi Kibbutz), with a snap from our car window. 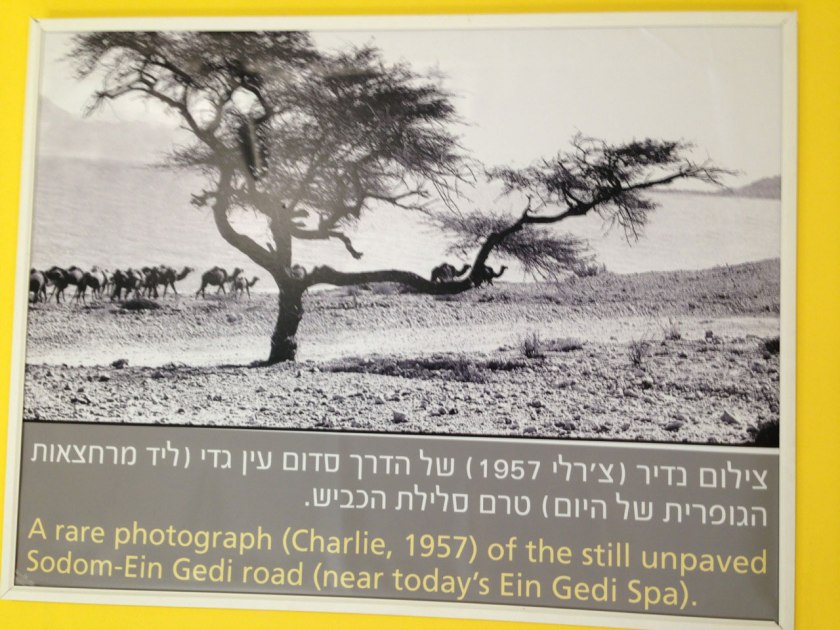 A lay-by on the road offers a viewing point for Lot’s Wife, a Biblical character. Her name may not be remembered, but her form still stands in the intensely folded rocks.

A resident Raven flew above the precipice. In the desiccating atmosphere, watercolour paint was dry by the end of a stroke.

On the road north to Galilee, flecks in the sky turned out to be a flock of White Storks looking for an overnight roost. 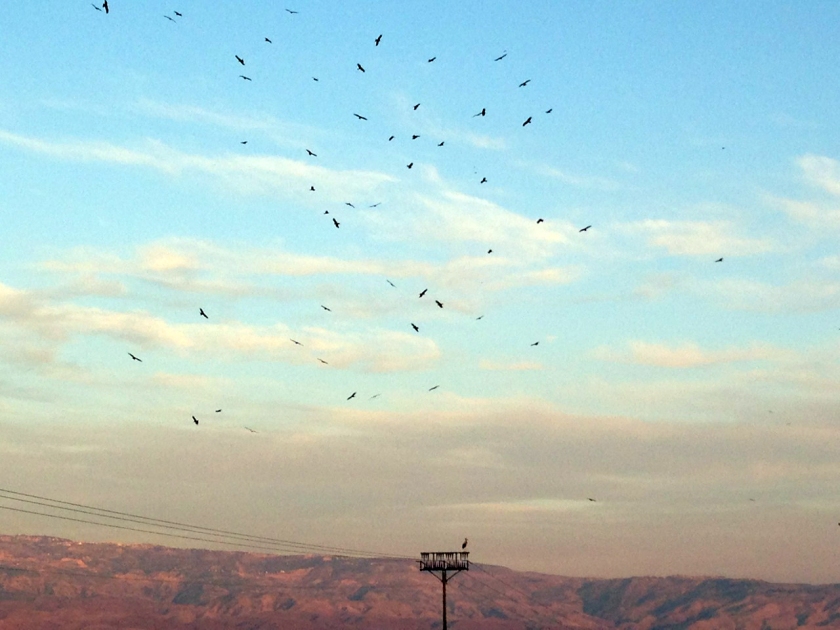 Past Lake Tiberias, a road climbs into the hills above the Hula Valley and overlooks what was once an extensive wetland.

Before being drained in the 1950s, the original lake and surrounding extensive marshes were the largest wetland habitat in the Middle East. Since the draining, there has been a slow but steady push to restore wetland habitats, including the Hula Nature Reserve and the Agamon Lake. Today these wetlands, along with the surrounding agriculture and native woodland hillsides, attract the greatest diversity and abundance of wildlife and birds found along the northern Great Rift Valley, among which are over 60 globally threatened plant and animal species. Much of this diversity is directly related to the site’s location at the crossroads of Eurasia and Africa, where several bioregions overlap.

Israel’s northernmost village of Metula is next to the disputed territory of the Golan Heights. Intensely farmed fields characterise the views towards Syria. Looking towards Lebanon, the skylines are truncated by roads and an intensely patrolled border but hint at remains of beautiful forests. 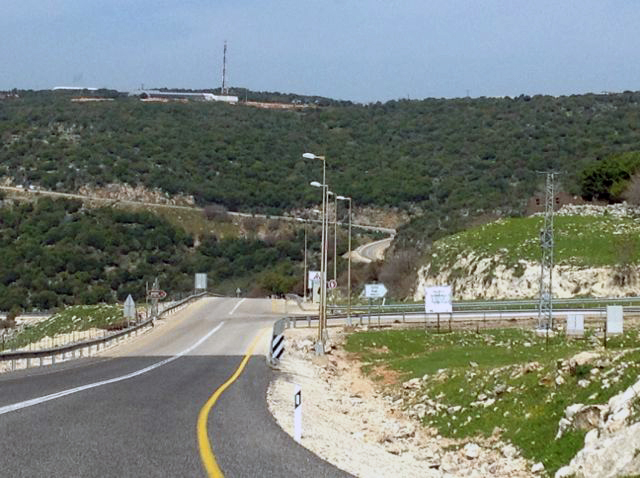 Around Metula, there were orchards of all kinds – vines, apples, apricots, chestnuts.

In the hills, White Storks were using the edgelands of Tsfat town rubbish dump for roosting and forage. Lines of storks dodged the compactor as it moved across the site, with shuffling jumps. Groups of storks then began to form and fly upwards with the morning heat. Birds in their hundreds, in their thousands – all moving north. 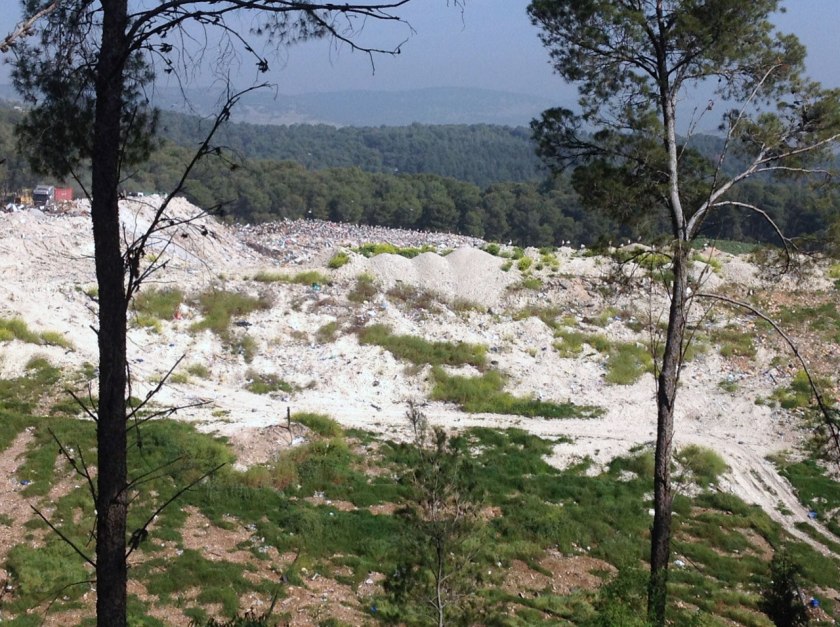 Birdlife International is working to protect this international flyway.  One conservation aim is to prevent of illegal trapping and hunting of birds in passage, especially the small songbirds. In this context, the welfare and free movement of birds and people become interdependent ideas, and human and avian culture inseparable.

Looking back through my sketchbook, these glimpses of migrating birds in such numbers and variety emerge as an intangible memory.