Walking up the track in a stretch of euroforest, I start to take in the extent of storm damage

It is staggering, but we are adjusting to the hill’s new shape.

The western section was systematically felled last spring; last month it was moulded into lines, drains and brash-heaps ready for re-planting. The heavy machinery and oil-lorries have left their tracks and laid bare the earth again. The river became full of silt in the heavy rain.

In taking its crop of trees last year, euroforest exposed stands that had been protected. The series of storms over the winter took their toll and the most recent hurricane in January has left a wake.

It is hard to make sense of it: roots in the air, some trunks snapped and still vertical, others lying horizontal. Many, many hectares of damage.

I want to go in and have a closer look: it is a jungle, I need a machete. I cannot get through. 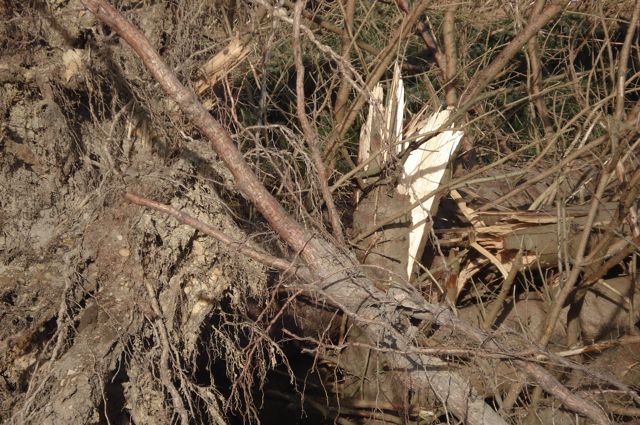 Getting as far as I can, details become apparent. My mind makes some kind of pattern of things. No such thing as a balance of nature – this is a temporary rearrangement.

The new territory is more accessible to others, who are taking advantage of its possibilities.

A pair of crossbills come over – checking me out? Warning me off? Red male, green female; they look around and then start to strip bark. Perhaps they are nesting. I move too suddenly, they fly off. 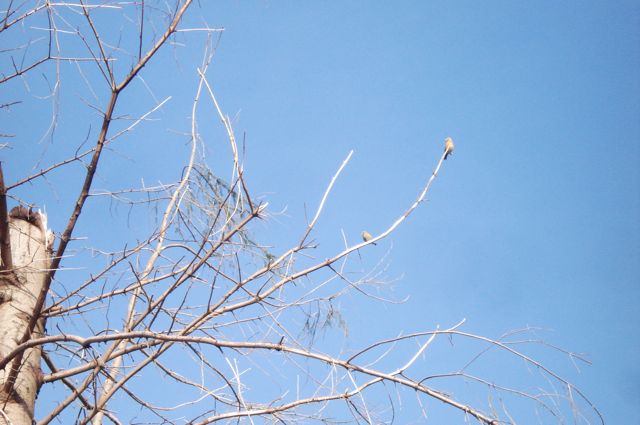 I walk on – listening out, I become aware that I move through the forest with a bow-wave of avian alarm calls.